DIWALI GET TOGETHER AT GOLDEN TULIP, RAIPUR HELD ON 11th October'09. 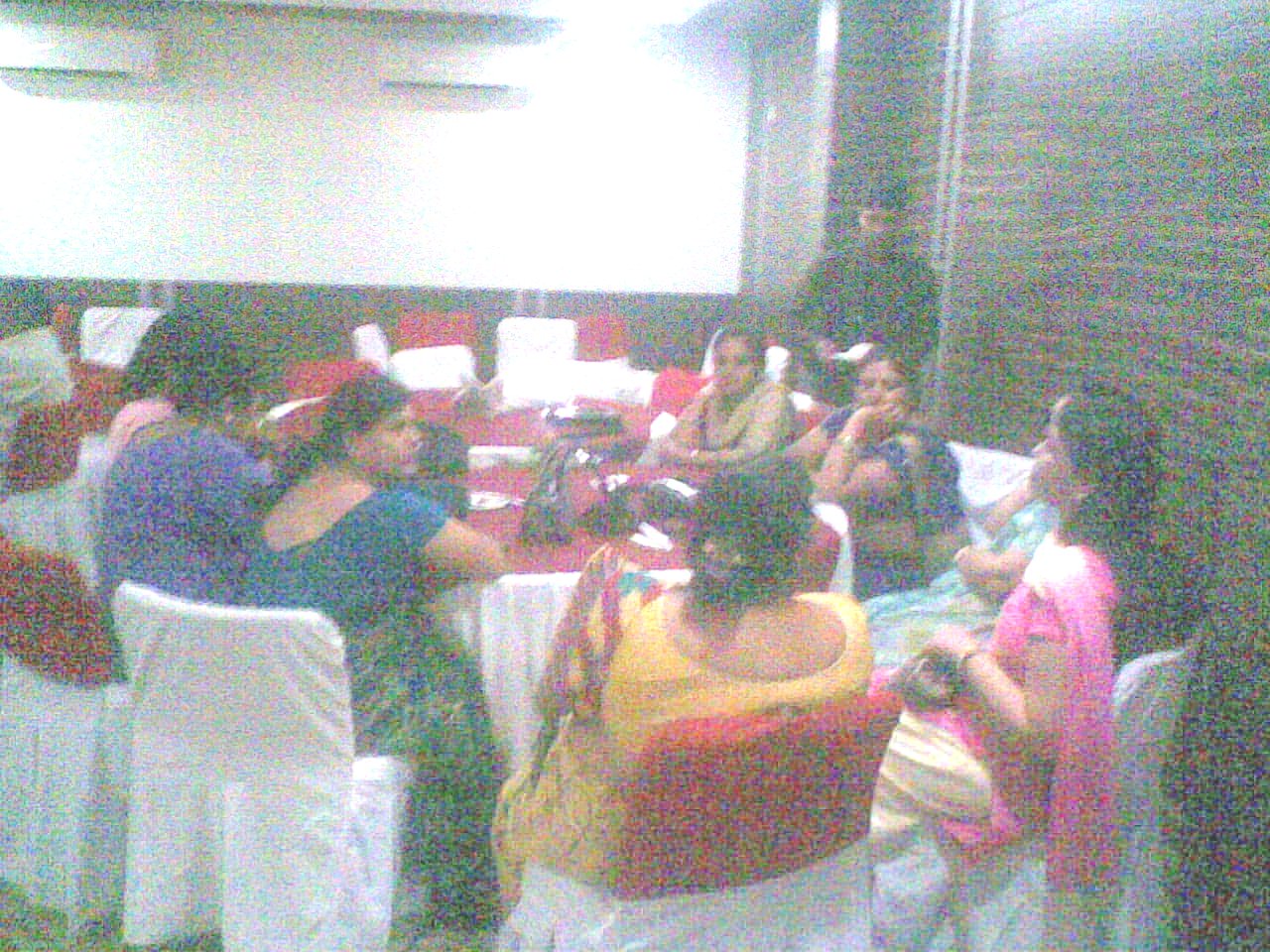 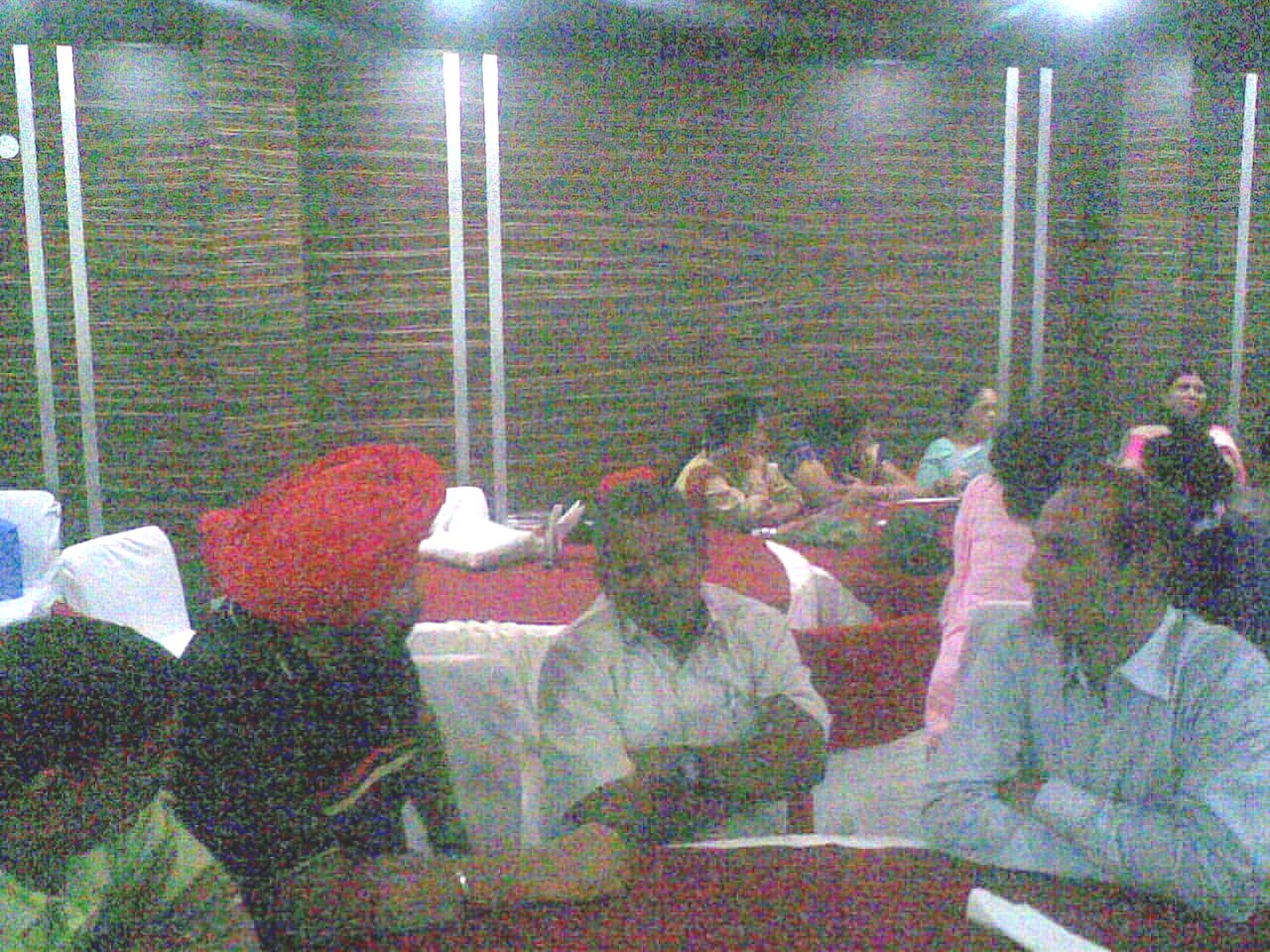 Diwali Milan was held well before Diwali to give a start-up to the Diwali celebrations. Er. KK Choubey, Er. I/c (PHE-Chhattishgarh State), hosted the party and gave a warm welcome to all the presentees. Col. JS Virdi, who enjoys love and respect of all SATIANS, honoured KK Choubey sir for his achievements and expressed the feeling (that all SATIANS endorse), that the main force behind all our success is attributed to the personality we have developed at SATI. SATI even today carry the legacy which our grand seniors have created or rather gifted us. SATI students have always enjoyed these traditions and cultures initiated by seniors, and verified by time.

We all have imbibed a lot from SATI . Different experiences related to the beautiful college life at SATI were shared which took everybody to nostalgia. Adding to which was the 'Smelting Brown' Hall of the Hotel Golden Tulip and the wooden walls bathed in white light were making the ambience most soothing.  Keeping the pace of enjoyment 'HOUJI' was played. After every prize (King Corner, Middle bamboo etc), remaining prizes were declared on repeated demands by Er. Brijesh Manoria, and this became the most loved part of the game. At the start all the kings were cornered in this round world and all the starting prizes were claimed by the queens but soon the Kings realised it and came out of their booze effect.In their come-back they claimed all the  later prizes like 4 Houses and the Bumper one.  Er. Manish Richaria, who is a successful enterpreneur at Raipur, won the bumper prize and proved his luck quotient.

Er. SK Verma & Er. AM Danny  from Bhilai Steel Plant were given a warm welcome by the group for joining the meet for the first time but at the same time the conspicuous abscence of most of the young gen. SATIANS was felt by everyone.  Snacks & Dinner was delicious and everybody relished it starting from Paneer Tikka to Gulab Jamun,which was most relished by the ladies  present. In the end, Er. LN Tiwari thanked all  for showing their graceful presence in the party and for making the event a success. He also deisred for more such parites/meets at regular intervals & with more participation.

The Institute started with a total intake of 120 students per year in the three major disciplines of engineering, namely, Civil, Mechanical and Electrical Engineering. It was affiliated to the Vikram University Ujjain to which the three other colleges in the region, namely, MACT Bhopal, SGSITS Indore and MITS Gwalior were affiliated at that time. After the creation of the Bhopal University at Bhopal, now renamed Barkatullah Vishwavidyalaya, the Institute was affiliated to it along with MACT Bhopal. Since 2000 Institute is affiliated to Rajiv Gandhi Pradhyogiki Vishwavidyalaya, Bhopal. It's a matter of Pride for SATIANS that the first Vice Chancellor of this university after this new constitution of affiliation was made was Shri PB Sharma, who is a SATIAN.

The town is situated east of the Betwa River, in the fork of the Betwa and Bes rivers, 10 km from Sanchi. The town of Besnagar, 3 km from present-day Vidisha on the west side of the river, became an important trade center in the sixth and fifth centuries BCE, under the Sungas, Nagas, Satavahanas, and Guptas, and was mentioned in the Pali scriptures. The Emperor Ashoka was the governor of Vidisha and it finds mention in Kalidasa's immortal Meghdoot. Besnagar was abandoned in the sixth century, it came into prominence again as Bhelsa during the medieval period. It thus, passed on to the Malwa Sultans, the Mughals and the Scindias.

The ruins of a Hindu shrine at Vidisha dedicated to Vishnu reveal that the foundation bricks were cemented together with lime mortar, the first known example of the use of cement in India. The ruins are of period prior to 2nd century BC.